In 2010, the CCMUA became a National Biosolids Partnership (NPB) Certified Environmental Management System Agency in recognition of its commitment to environmental performance and community service. Certification from the National Biosolids Partnership—a joint venture between the United States Environmental Protection Agency, National Association of Clean Water Agencies, and the Water Environment Federation—is a tremendous honor for water and wastewater utilities. At the time of its certification, the CCMUA was the first water or wastewater utility in the State of New Jersey–and only the 31st agency, out of over 14,000 utilities–to receive this prestigious national honor. The CCMUA has since been certified at the Platinum (highest) level.

In general, an Environmental Management System is a management program designed to identify a utility’s most important priorities, and then ensure that the utility’s resources are harnessed toward meeting those top priorities and continually improving performance.

Since the CCMUA implemented an Environmental Management System, it has: 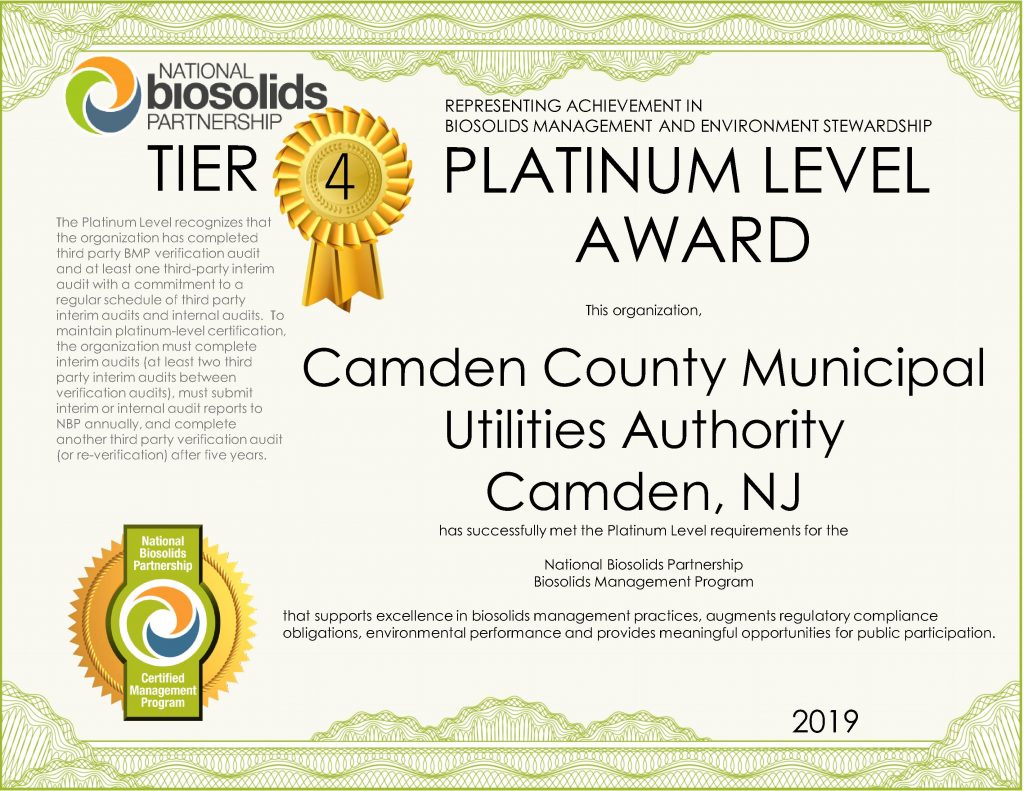 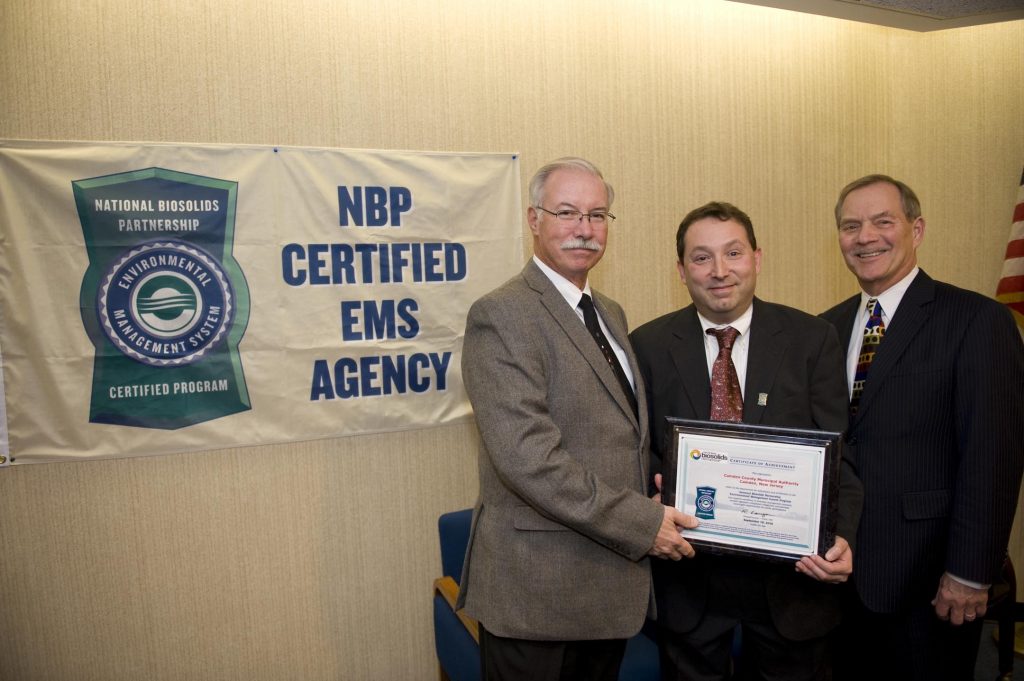